Searching for treatment options for anxiety in Knoxville? Revitalist Clinicis leading the way in the treatment of anxiety for Knoxville residents. Our staff is fully committed to helping each of our patients find relief and live their best life. We offer Ketamine infusion therapy which has shown incredible results when other treatments have failed. We would like to invite you to learn more about the benefits of Ketamine infusion therapy and discover if you would be a good candidate for the treatment. 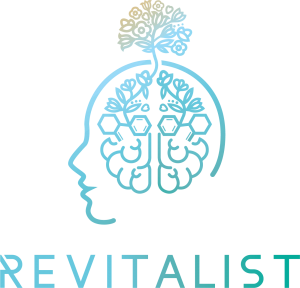 Kathryn is a CRNA that has been practicing in the Knoxville area since 2014.

Kathryn is a Tennessee native that has always been involved in advanced studies and skills.

Kathryn attended high school in east Tennessee where she was a final candidate for a Rhodes Scholar. She was valedictorian in her graduating class in high school and has continued to maintain excelled levels in her studies and experience throughout her career.

Kathryn pursued her nursing career at a Level 1 Trauma Center, Johnson City Medical Center, where she worked in a Cardiac Intensive Care Unit. After making strides in the critical care community and obtaining her CCRN Certification (Critical Care Registered Nurse) she wanted to further her education and experience. She then applied to Nurse Anesthesia School at the Carolinas Medical Center/University of North Carolina-Charlotte program which ranks as one of the top anesthesia programs in the country.

Since graduating, Kathryn has practiced in the local Knoxville area with specialities in several fields of anesthesia including neurological, cardiothoracic, obstetrics, orthopedics, vascular, plastics, gastrointestinal, pediatrics, urological, and general subspecialties.

Kathryn’s nursing background has allowed her exposure to many different types of patients and associated treatment of their primary condition with co-existing psychological disorders in intensive care units and operating rooms. Nurse anesthetists have extensive training with sedation of patients presenting with a wide array of medical conditions, including psychological and pain disorders. Anesthetists are trained to sedate patients with extreme psychological conditions and treatments including, but not limited to, Electroconvulsive Therapy (ECT Therapy).

Kathryn continues to have a passion to help others with evidenced-based science and practices. By opening this practice, she hopes to help others by bringing top rated practices to patients allowing them to lead a better life.

Social Phobia, or Social Anxiety Disorder, is an anxiety disorder characterized by overwhelming anxiety and excessive self-consciousness in everyday social situations. Social phobia can be limited to only one type of situation – such as a fear of speaking in formal or informal situations, or eating or drinking in front of others – or, in its most severe form, may be so broad that a person experiences symptoms almost anytime they are around other people.

Generalized Anxiety Disorder, GAD, is an anxiety disorder characterized by chronic anxiety, exaggerated worry and tension, even when there is little or nothing to provoke it.

Obsessive-Compulsive Disorder, OCD, is an anxiety disorder and is characterized by recurrent, unwanted thoughts (obsessions) and/or repetitive behaviors (compulsions). Repetitive behaviors such as hand washing, counting, checking, or cleaning are often performed with the hope of preventing obsessive thoughts or making them go away. Performing these so-called “rituals,” however, provides only temporary relief, and not performing them markedly increases anxiety.

Panic disorder is an anxiety disorder and is characterized by unexpected and repeated episodes of intense fear accompanied by physical symptoms that may include chest pain, heart palpitations, shortness of breath, dizziness, or abdominal distress.