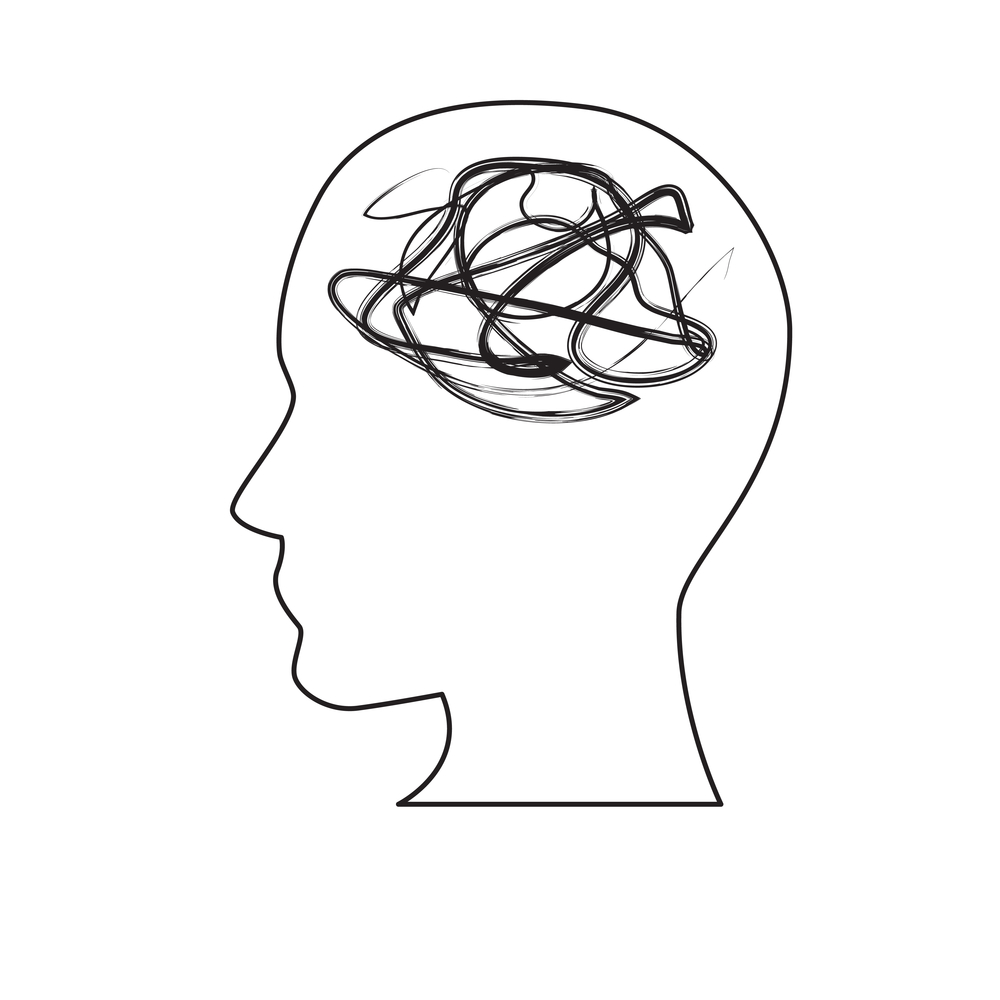 Whether you’re worried about a job interview or concerned about your parents’ health, anxiety is part of being human. But when should your level of worry be cause for concern?

It’s hard to define anxiety disorders by their symptoms because anxiety affects everyone and it manifests in different ways. It’s also not all bad. Anxiety does serve an important purpose, according to Joseph Baskin, a psychiatrist at the Cleveland Clinic.

“From an evolutionary perspective, it helped us stay alive, triggering that fight-or-flight response,” Baskin said. “It can also be motivating, like if you’re anxious about a deadline.”

But research shows that anxiety is becoming more common than ever, especially over the last few decades. This could be due to many different factors, such as the rise of social media, increased peer pressure and social comparison. A 2018 study found a 20% increase in anxiety diagnoses of kids ages 6 to 17 between 2007 and 2012. More college freshmen report feeling overwhelmed than ever before, and millennials are also increasingly experiencing anxiety to the point where it becomes difficult to manage.

The fine line between anxiety and an anxiety disorder is whether or not it’s holding you back, said Cheryl Carmin, a psychologist at Ohio State University Wexner Medical Center’s Harding Hospital.

“What makes this a diagnosable condition is that it causes a person to be distressed, or the anxiety interferes with a person’s life,” she said. “Most people are anxious before a job interview, but for the person who has an anxiety disorder, they may cancel the interview altogether due to their fear about what the interviewer may think about them.”

Anxiety affects about 40 million Americans each year (roughly 18% of the population), albeit differently. The mental health condition can affect anyone regardless of age, gender or ethnicity; it also doesn’t discriminate based on success or anything else. In other words: Just because it doesn’t “seem” like someone would have a clinical anxiety disorder doesn’t mean it doesn’t exist.

Some people can have intense anxiety over something specific. Phobias are the most common type of anxiety disorder, affecting 7 to 9% of the population ― think heights, animals, insects, blood or injury, environmental causes, feeling closed in or flying, Carmin said.

Social anxiety disorder is also very common and affects 7% of people. “This condition involves a fear of negative evaluation,” she said. “Perhaps saying or doing something that may be embarrassing or humiliating in situations where you’re being observed, or a fear of disapproval.” Fear of public speaking and performance anxiety also typically fall under this umbrella.

“When your anxiety is sustained and unremitting, causing enough problems to keep you from living your normal life, then it’s time to get it evaluated.”

On the flip side, some people worry in a broader way — they might experience anxiety over everything from their own health to public speaking to natural disasters and more. To be diagnosed with generalized anxiety disorder, which affects 2 to 3% of the population, you typically need to experience three or more symptoms for more days than not within a six-month period. Symptoms can be mood-related and/or physiological, such as irritability and nervousness, the feeling of danger or impending doom, increased heart rate, trouble with sleeping or gastrointestinal issues.

You don’t need to wait six months to get help, though. When is it time to call a doctor or therapist? “When your anxiety is sustained and unremitting, causing enough problems to keep you from living your normal life, then it’s time to get it evaluated,” Baskin said.

Women often reach out for help more frequently, he added, and they are more likely to be clinically diagnosed. Therapy and medications can also be difficult to come by for many communities, particularly people with disabilities, people of color and LGBTQ folks. Still, there are ways to make treatment accessible and affordable so that all patients can cope with their anxiety better.

The treatment depends on the person

Anxiety disorders can be treated with a range of medications, therapies and wellness routines, but the standard therapeutic approach is cognitive behavioral therapy, or CBT, Carmin said.

“There are a great number of studies supporting the use of CBT across all of the anxiety disorders, and these studies document positive outcomes that hold up over time,” she said. Patients tend to see the benefits of CBT in 12 to 16 weeks.

With this form of therapy, people with anxiety are encouraged to face their fears rather than continually avoid those situations. This helps reduce their sensitivity to symptoms.

“In CBT, patients also increase their understanding that their feared consequences do not happen,” Carmin said. “Thus, people are able to develop the skills to examine their beliefs about what they fear, and then effectively challenge those beliefs.”

Psychiatrists can also prescribe medications to help manage anxiety. “Classic stables are the SSRIs,” Baskin said, referring to selective serotonin reuptake inhibitors like Zoloft, Prozac and Lexapro. These medications increase the amount of available serotonin — aka the “calming hormone” — between neurons in the brain. For short-term use, Baskin said benzodiazepines like Valium and Xanax may also be prescribed. Some people are also finding relief for stress and anxiety with marijuana and CBD (although the legality of their use may depend on where you live).

There are also tons of lifestyle habits that may help with anxiety, Carmin said. “Wellness practices often include mindfulness-based approaches,” she said. “Relaxation strategies such as progressive muscle relaxation and diaphragmatic breathing have also been used for some time as helpful strategies.” Exercise, a healthy diet and quality time with loved ones have also been shown to help manage an anxiety disorder (although they’re often not considered a standalone treatment ― and that’s OK).

You can find a lot of relief in asking for medical intervention, and it’s best not to wait too long before addressing an anxiety disorder. “If anxiety is causing distress or someone is finding that they are avoiding situations that cause anxiety or even panic attacks, the more established the fear becomes, the longer it can take to effectively resolve the symptoms,” Carmin said.

So if anxiety is affecting your day-to-day functioning, reach out for help sooner rather than later.